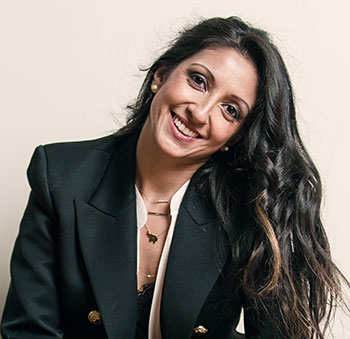 Pax Tandon is an author, filmmaker, speaker, media personality, wellness advocate, and teacher. Her debut book, Mindfulness Matters, was recently published to high acclaim garnering several awards. She also completed work on the Mindfulness Matters short film, which she co-produced, co-wrote, voiced and starred in. Tandon holds a Master’s Degree in Positive Psychology from the University of Pennsylvania. She earned a BSE from the Wharton and has been invited to share her expertise at The Wharton School, Drexel University, Cabrini College, The Baldwin School, the American Foundation for Suicide Prevention (AFSP), the Philadelphia Film Society, Women in Media, and The Fearless Conference, to name a few.  Tandon continues to play a significant role in the television/media space, where her face and voice frequently appear. She also continues to be passionate about using her voice in the media to effect lasting positive change.

Beyond her work as a Director of Vivo-Forto, a non-profit organization dedicated to imparting the skills of mindfulness to the world, Tandon also sits on the board of Write Your Future, a non-profit dedicated to teaching writing skills to students most in need. She is an advocate for the AFSP, which gathers thousands in memorial of those lost to suicide at their “Out of the Darkness” walk.